If there is one thing that the Financial Crimes Enforcement Network (FinCEN) has highlighted with the issuance of its new virtual currency interpretive guidance, it’s that the move has reinforced what responsible thought leaders and experts in the industry have been saying for a while—that it’s time for Bitcoin and the rest of the cryptocurrency ecosystem to grow up and respect laws.

On Thursday, the U.S. regulatory agency issued a new guidance that addresses whether certain cryptocurrency-related businesses need to be regulated as money services businesses (MSB) and comply with the Bank Secrecy Act (BSA) and other relevant laws in the country. The new “interpretive guidance” is a consolidation of FinCEN’s current regulations as well as related administrative guidance issued since 2011 involving “convertible virtual currencies.”

The guidance specifically outlines how decentralized applications (DApps), defined by FinCEN as “software programs that operate on a P2P network of computers running on a blockchain platform,” may qualify as a money transmitter especially if they “accept and transmit value, regardless of whether they operate for profit”—like a virtual currency ATM, vending machine, or a physical kiosk.

“Accordingly, when DApps perform money transmission, the definition of money transmitter will apply to the DApp, the owners/operators of the DApp, or both,” according to FinCEN. This means these types of DApp services will have to secure a license in the state or states they are currently operating in, as well as federal anti-money laundering and Know-Your-Customer procedures.

Like in the case of DApps, FinCEN’s new guidance will also make it even more challenging for the Lightning Network on Bitcoin Core (BTC) to grow. As Founding President of the Bitcoin Association, Jimmy Nguyen, explains, Lightning Network nodes are likely to fall within FinCEN’s broad interpretation of money transmitters, which means they would be required to register as MSBs and comply with AML regulations. According to Nguyen, a former 21+year lawyer in the United States focused on technology:

“FinCEN reinforces the definition of ‘money transmission services’ is very broad, and means the transmission of virtual currency from one person to another triggers MSB requirements. FinCEN also confirms that virtual currency payment processors (intermediaries between traditional merchants and customers who want to pay for goods and services with virtual currency) fall within the definition of money transmitters. Given how broad these definitions are, I expect FinCEN’s guidance will further inhibit growth of the Lightning Network beyond traditional payment processors who already hold MSB licenses.”

Not surprisingly, even privacy-centric coins like Zcash, Verge and Monero cannot escape MSB and AML laws. Creators and sellers of anonymity-enhanced coins, along with providers of anonymizing services like coin mixers or tumblers are considered money transmitters in the U.S..

“A money transmitter that operates in anonymity-enhanced CVCs for its own account or for the accounts of others (regardless of the frequency) is subject to the same regulatory obligations as when operating in currency, funds, or nonanonymized CVCs [convertible virtual currencies]. In other words, a money transmitter cannot avoid its regulatory obligations because it chooses to provide money transmission services using anonymity-enhanced CVC,” according to FinCEN.

This isn’t surprising, according to Nguyen, given that FinCEN is a bureau of the U.S. Treasury Department that focuses on combating money laundering and terrorism financing, along with other financial crimes. As such, Nguyen says the agency “will not let privacy coin advocates avoid compliance with laws designed to stop financial crimes.”

Not everyone is an MSB

FinCEN recognizes that non-custodial wallets are not money transmitters; however, custodial wallets can trigger MSB requirements for the host. All crypto exchanges are custodial, which means they are always MSBs, even if operators like Binance focus only on crypto.

Fundraising via ICOs is also likely not engaging in money transmittal, but token offerings can still be regulated by the U.S. Securities and Exchange Commission (SEC) if they offer securities.

The U.S. agency has yet to provide an answer for every situation that takes place in the crypto market, but the new guidance it issued is a step in the right direction towards providing clarity on whether common virtual currency business models will trigger MSB and AML laws in the country. As Nguyen summarizes:

“FinCEN’s new guidance on virtual currencies reinforces what we’ve been saying for a while:  it’s time for Bitcoin and the cryptocurrency world to grow up. This means businesses operating in the space need to live in the real world and comply with real world laws, including those governing money services businesses, money transmitters and anti-money laundering, and other Bank Secrecy Act requirements. Unlike other crypto-anarchist camps in the Bitcoin world, Bitcoin SV is building a regulation-friendly ecosystem and we are advising on responsible legislation around the world. While there remains room for more improvement and clarifications, FinCEN’s guidance is a good step to actually help Bitcoin grow by inhibiting its usage for illegal activity, and thus making financial institutions and consumers more comfortable using Bitcoin.” 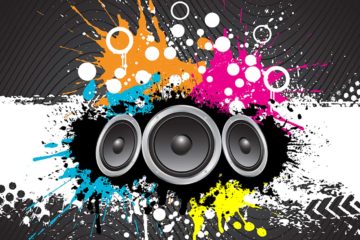 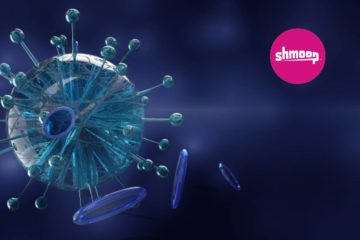