Why Mobile Advertising Is a Top Priority for Advertisers in 2022

In recent years, mobile advertisements have become the most popular digital marketing trend, with advertisers increasingly allocating more of their ad budgets for mobile campaigns. In 2021 global mobile advertising spending surged by 26.6%, reaching a record high of $288 billion (which also accounted for 60% of all digital advertising spending).
According to research published by the Interactive Advertising Bureau, most companies and advertisers allocate 56 percent of their overall ad expenditure to smartphone ad campaigns.

The expansion of mobile advertising is becoming a significant aspect of the customer/user experience, fostering brand awareness and strengthening the consumer-brand relationship. According to mobile marketing stats, on average, mobile channels generate 200% more brand engagements than all other channels combined.
This is not surprising, as the change in users’ behavioral patterns and device preferences led to the rise of the mobile era.

According to a Statista report, the total number of unique mobile internet users in 2021 was over 4.2 billion, suggesting that mobile devices are used by more than 90% of the global internet population. 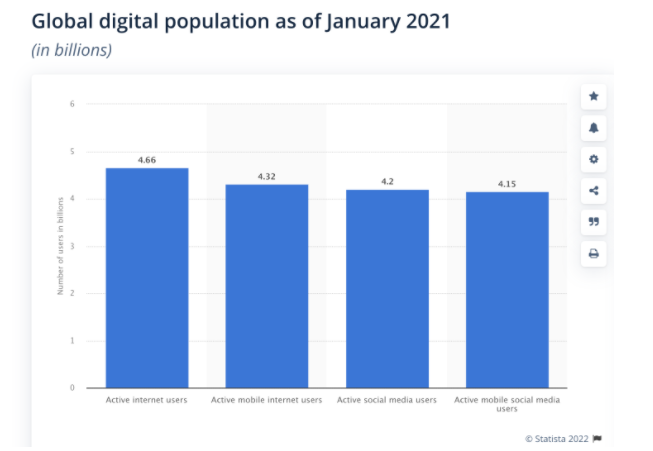 When the pandemic broke out, it escalated the mobile-first lifestyle among users. A survey revealed that 70% of respondents now use their mobile phones more due to the pandemic.

The increased use of mobile devices directly impacted the way users interacted with brands and made purchases. According to research, 91% of mobile device users had the intention of buying items after watching a relevant ad.

Brands and advertisers are fully embracing the mobile ad trend because it presented an opportunity to reach a broader audience, potentially translating to higher conversion rates. And of course, in marketing and user acquisition, your best bet would always be to move with the trends.

What are mobile ads?

Perhaps you are unsure what I mean when I say “mobile ads.” These are advertisements that appear on mobile phones and other mobile devices, such as tablets. So, whenever you see an ad pop up while making use of your smartphone, that is a mobile ad.

Like most other ad channels, mobile advertising comes in a variety of formats: mobile banner ads, mobile video ads, etc.

Let’s look at the mobile ad formats that will be popular in 2022.

Banner ads are the most popular and one of the earliest kinds of mobile advertising. They are commonly found on websites or mobile apps. Typically, they appear at the top or bottom corners of the screen. The placement of the banner should be chosen so that the advertisement does not obstruct users’ navigation but still attracts their attention.

In 2022, mobile banner ads are still very relevant, because they are a less expensive yet efficient ad format. Additionally, banner ads are typically simple and lightweight, making them compatible with almost every mobile inventory.

Video ad content is currently the trendiest among advertisers and mobile videos are becoming mainstream. The e-marketer report indicates that mobile devices now account for more than 75 percent of all video views.

According to a study, 92% of advertisers believe that video is critical for their marketing strategy because it improves conversion and brand exposure.

Other studies show that mobile video ads enhance brand recall rates by 22%. Even people who skip a video ad are likely to remember the brand.

Native ads are just like banner ads, except that they mimic the content of the mobile app or site and don’t appear salesy. Native ads are ad units that blend in seamlessly with the app or web content. Native ads have been proven to be more productive than banner ads and other known formats – a report suggests that it generates 53% more views than a banner ad – and that’s why it will still be very popular in 2022.

Native ads are popular because they have a lower negative impact on user experience because the ad content is relatable to the rest of the content. So, users are more willing to interact (and even share) the content of your ad instead of skipping it.

Interstitial ads come in the form of text, video, graphics, animation, etc. They are still very popular because they keep the user focused on the ad content. Interstitials usually appear to cover the entire screen of a device. While this ad easily captures the user’s attention, it can interrupt the user’s activity for a few seconds – that’s why they should always appear at the right time. For example, while playing a mobile game, the time it takes to load from one level to the next level can be utilized to display an interstitial ad. Getting the ad display timing right is the key to a successful interstitial ad campaign.

What else will transform the mobile ad landscape in 2022?

What are the trends that will define mobile advertising in 2022? Let’s find out. 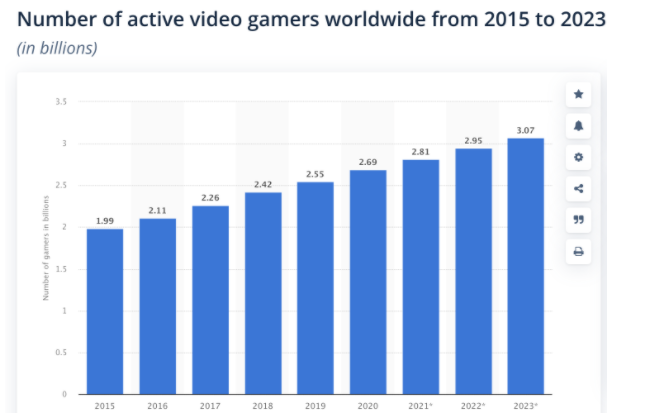 Other studies show that an average gamer spends at least one hour playing mobile games daily, indicating that placing ads in a user’s mobile would be a good idea in 2022. In-game ads represent a great opportunity to reach a wider audience.

Now and then, we see new platforms emerge on the internet, and some of them grow to become popular with a huge user base. A recent example is TikTok, a video-sharing platform launched in 2016. Since its launch, it has become one of the fastest-growing social media platforms. As of January 2022, TikTok had 1 billion monthly users.

TikTok is not just an entertainment platform; its young and engaged population makes it ideal for advertisements. In 2022, we will see more brands using it.

The days of third-party user data are nearly over; Google has announced that, in 2023, it will no longer support the use of cookies in Chrome. Users’ privacy is becoming increasingly important to most technology companies. Apple’s App Tracking Transparency policy also prohibits unrestricted access to user data. App developers must accept the use of opt-in systems and other consensual methods to track users’ data.

Tips for publishers regarding mobile advertisements

Publishers are an important part of the advertisement chain – they connect users to brands and marketers. At the same time, they earn ad revenue for the impression rates generated by their apps and websites. Understanding your role as a publisher and having the right knowledge would help you optimize your platform and enhance your earning potential. Here are tips that you will need as a publisher.

The majority of advertisements are intrusive and might disrupt user flow. You want to monetize your app or website by selling ad inventories, but you don’t want to upset your visitors by displaying too many ads. You must also place the ads carefully in order to make sure you don’t harm the user experience.

Programmatic platforms typically connect publishers with advertisers, ensuring that you always sell your ad inventories at the best rates. Additionally, the automated mechanism of programmatic platforms can help manage the frequency and timing of ad displays, thereby reducing the possibility of user irritation.

Adding perks to ad display is one of the most effective ways to boost your app or website impression rates. You can use rewarded videos and playable video ads. For example, after watching an in-game video ad, users are given something of value (such as an additional bonus inside of the game, coins, access to the closed content, etc).

2022 is here, and times have changed – mobile advertising is churning out great conversion and user acquisition results. Programmatic mobile advertising, with all of its supported ad formats, seems to be the game-changer, as it optimizes the flow and process of mobile ad delivery. Rather than wait, you should follow the trends, read the tips and plan a mobile campaign for 2022.

Dmitry Sekiro, Head of Demand Side Platform at SmartyAds