Joleen Liang, partner at Squirrel AI, was invited to attend the summit to share thoughts with over 350 speakers from Uber, Spotify, JD.com, Didi and other enterprises at Hong Kong Convention and Exhibition Center.

Compared with other industries, scientific and technological changes in education are progressing at a slower pace. Traditional learning methods and organizational structure have not changed much ever since they were created. AI is bringing revolutionary changes to the education industry.

Founded in 2014 with a total funding of nearly 150 million USD, Squirrel AI Learning, a Unicorn in AI education in China, has created an AI-based intelligent adaptive engine to provide high quality and personalized education for students. This education mode has transformed the center of education from teachers to students. At present, Squirrel AI Learning has set up nearly 2,000 learning centers over 400 cities in China, helping nearly 2 million students learn through the system.

In addition, Squirrel AI Learning independently developed the MCM system that splits students’ mode of thinking, capability and methodology. The MCM system can provide thinking ability training for a specific subject according to students’ learning status.

The second layer is the technology-driven algorithm layer that includes content recommendation engine, students’ user portrait engine and target management engine. Squirrel AI Learning will combine user status evaluation engine and the knowledge recommendation engine to determine each student’s knowledge vulnerabilities accurately and efficiently with just a small amount of tests and within a short period and then recommend corresponding learning contents to students according to their knowledge vulnerabilities.

The third layer is the interactive system that collects interactive data through interaction with them to learn more about students and solve their problems with improved algorithms.

AI’s revolutionary impact on the education industry is enormous. Joleen Liang said that the number of difficulties in assessing students will drop by 80%, assessment as a career will disappear, education will become more transparent, students’ participation in learning will be greatly enhanced and students will be able to master effective learning abilities and methods.

“We firmly believe that Squirrel AI Learning will be the super AI teacher for each student. We will create an AI super teacher with the wisdom of Confucius, Da Vinci and Einstein combined,” said Liang.

Uber’s CTO Thuan Pham is a legendary figure in the Internet world. He was a Vietnamese refugee who was taken by his mother to the US and was even robbed by pirates on the way. After coming to the US, he studied hard and washed cars on weekends as part-time job. Then, he was admitted to MIT and worked in HP Labs, Silicon Graphics, DoubleClick and served as VP for VMWare for eight years.

In 2012, Pham was selected as Uber’s CTO by its founder Travis Kalanick. In order to adapt to Uber’s expansion, Pham redesigned a set of framework including servers, scheduling, dynamic pricing, supply positioning, mapping, routing data, etc. to ensure reliability during business growth. Even after years of turmoil when Uber changed its CEO and most of its top executives left office, Pham is still Uber’s CTO.

At the RISE summit, Pham shared Uber’s plan to open source in its dispatching, mapping and billing software in the ride sharing field. Pham said Uber may provide more basic software related to ride sharing for third-party companies in the future.

“We build all these things in an increasingly common way so that we can deploy them quickly to serve our new lines of business. We think our platform is our own AWS that supports our own businesses. We believe that it can be extended to the future and enable third parties to build other lines of business on our platform,” said Pham.

The success of Amazon’s web services, Microsoft’s Azure and other products has been proven. In 2018, AWS generated revenue of $25 billion for Amazon and Azure $32 billion for Microsoft, accounting for nearly a third of Microsoft’s total revenue.

Read More: Too Much Rests On AI ML To Fight Climate Change

Uber, which allows third parties to have access to its services now, can also obtain cash flow in this way to help it turn losses into profits.

BYJU’S is India’s most popular application for K12 education with more than 35 million downloads. It was founded by Byju Ravindran and his wife Divya Gokulnath in 2008 who established Think & Learn Pvt. Ltd in 2011 that focuses on K12 education. The company was transformed into a start-up in educational technology in 2015. In March 2019, it became the world’s most valued start-up in educational technology with an estimated value of $5.4 billion.

BYJU’S provides K12 courses and exam tutoring programs for JEE, NEET, CAT, IAS, GRE and GMAT. BYJU’S has more than 50,000 video courses including teaching, testing, gaming, interactive courses recorded by the best teachers in India. Students spend an average of 64 minutes on the application every day.

Gokulnath, who was invited to the RISE summit, shared his thought on the company’s development. BYJU’S has gone through several stages of development. At first, it broadcast teaching contents via satellite, then it recorded video online. Since between 2012 and 2013 the Internet in India was not developed, so it developed its own Pad devices with pre-installed education contents, and it designed its application for mobile devices when there was a boom in mobile Internet in 2015.

“From ideas to practices, the paces should be fast. At the beginning, we broadcast our course contents via satellite. When smart phones came, we changed our strategy without delay so that every student could learn on the phone. So I think the key is whether you can change your business model very quickly to keep pace with the social change,” said Gokulnath.

Gokulnath said that the significance of education is to be able to reduce the pressure for a grown-up by teaching him or her to do things in a correct way at an early age and teach them how to think, make creations and do research as well.

Influenced by big data and machine learning, the retail industry is quietly changing as well. Zhou Bowen, head of AI department at JD.com, introduced in details at the RISE summit how AI will change business and how the upcoming 5G revolution will impact on people’s daily life with AI.

Zhou Bowen said that JD.com is applying AI to every link in the retail industry – from intelligent consumption to intelligent manufacturing – by integrating the two links with intelligent distribution and realizing innovation and collaboration in the supply chain through AI. Last year, JD.com announced its AI open platform NeuHub which consists of model customization platforms and online service modules. The platform enables all industries and sectors by building connections among algorithm technology, application scenarios and data links.

JD.com is also building an AI-based unbounded retail mode. At the beginning of this year, AI department in JD.com and Hong Kong’s Von’s Retail Group jointly built an AI-based innovative product: Intelligent Settlement Platform used in the flagship stores of Circle K, a branch company of Von’s Retail Group, in Cheung Sha Wan and Causeway Bay. Zhou Bowensaid that JD.com has bridged the gap between online and offline retail scenes through AI to create an end-to-end consumer experience that runs through the whole process from pre-sale, sales, after-sale to logistics.

5G technology will accelerate the development and enlarge the scale of AI and turn seemingly unsolvable problems into clear and solvable AI tasks. Zhou Bowen said that 5G’s broad bandwidth can accelerate the development of fields such as robots and telemedicine. At the same time, its low latency can enable consumers to enjoy more applications with better user experience.

Razer, the world’s largest manufacturer of video game peripherals, was listed in the Hong Kong Stock Exchange 18 months ago and its share price became the highest among all companies in the field of electronic sports. Although its share price has dropped by 60% in the past year and a half, Razer’s founder and CEO Min-Liang Tan is still full of confidence in his company.

Thanks to its huge advantages, Razer has gained the loyalty of a large number of users worldwide based on which it has built a huge game community. Min-Liang Tan said that to establish a community and maintain its good order, the following three things need to be done:

1. Become a part of the community. Razer always follows the wishes of players when offering offline communication and services in their flagship stores or holding various game tours;

2. Communicate with players. Razer has developed 1 million Instagram users and 2 million Twitter users, so it is able to get to know the needs and thoughts of players at all times.

3. Never compromise and always do the right things.

Razer wants to go beyond being a peripheral device company. It wants to built an ecosystem based on hardware, software and services. This year, it began to cooperate with Tencent in mobile games. The two sides are exploring ways to develop peripheral devices and software for mobile games. At the same time, Razer is also developing financial services. In June this year, Razer announced its cooperation with Visa to enable users of Razer Pay, Razer’s electronic wallet, to take advantage of the scale and coverage of Visa’s global network and to reform the existing payment methods in the gaming industry.

In Mexico and Brazil, Didi will cooperate with financial institutions to provide local drivers will bank cards so that they can earn money from daily rides. There are many people who can drive in Brazil, but they cannot become Didi drivers because they do not have bank accounts. Therefore, Didi developed plans to provide financial services for them.

Zheng Bu said Didi had spent a lot of time meeting local demands. For example, in Japan, a driver told Zheng Bu that if he wanted to be a Didi driver, the company was expected to provide him with a pair of special white gloves because this was a tradition for taxi drivers in Japan.

“We have seen tremendous innovations in the international market, which shows the importance of developing localization solutions through global technical support. Didi has never adopted a one-size-fits-all approach. Didi listens to, learns from, achieves localization and works closely with communities and policy makers. This embodies our concepts on internationalization,” said Zheng. 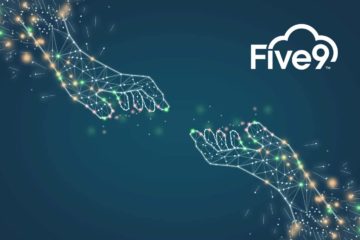 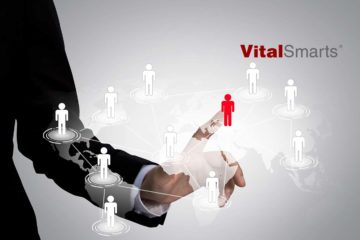 Why Talking Politics Is America’s Most Feared Pastime 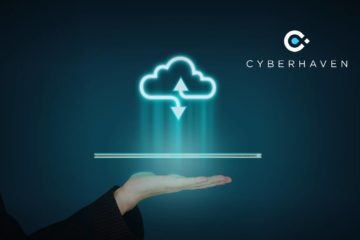